The Properties Of Sound: As A Drummer, Your Ears Are As Important As Your Hands

As a drummer, how you interact musically with other musicians is often a separator between being mediocre and being good. The best drummers have an understanding of music that goes beyond their own instrument, and they use that knowledge to heighten the feel of their own playing.

This article is about the properties of sound. It gives an introduction in understanding sound in a way that will allow you as a drummer to interact with other members of a group on a deeper level, and emphasizes the point that truly, your ears are as important as your hands. 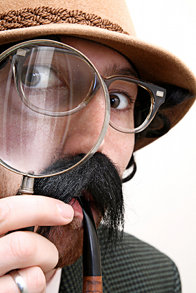 It was a dark and stormy night. Suppose you heard a sound in the middle of the night that was later connected to a crime. A detective comes to interview you, and quickly senses your value as a witness.

Q. How can you be so sure about the time?
A. I had my practice pad in bed, and was going for five minutes of paradiddles, so my eye was on the clock when I heard that sound.

Q. So what did you hear, exactly?
A. Well, I would say it sounded like a scream.

Q. How could you tell?
A. Well, by the pitch and timbre.

Q. I beg your pardon?
A. I’m sorry, I’m so used to talking with musicians that the terminology just slipped in. By pitch I meant the relative highness or lowness of the voice, and by timbre I meant the quality of the voice.

Q. Very good, sir. Was it a loud scream?
A. Yes, indeed. It had the intensity of the scream that was in the shower scene in the movie Psycho.

Q. Would that be the earlier Psycho or the later remake?
A. Oh, definitely the first one by Hitchcock. They should never have tried to remake a masterpiece. Wasn’t Hitchcock the master of suspense?

Q. Yes, indeed. But back to the scream. Was it a long or short scream?
A. Quite a long one, I would say. Easily worth a whole note or two.

The detective refers back to his notes.

Q. So what I’ve got so far, sir, is this: At 2:15 in the morning you heard a woman’s high pitched scream (not unlike the shower scene scream in Hitchcock’s Psycho), that could also be described as long and loud. Would that best describe what you heard?
A. That’s it.

The detective closes his notebook, and puts that and his reading glasses in the inside pocket of his long, brown coat.

“Well thank you, sir, you’ve been most helpful.”

“No problem, detective. By the way, what was the crime?”

A sad looked crossed the detective’s face. It was then that he looked his age.

“I’ve been on the force twenty years, but I’ve never had anything like this come my way.”

“No, nothing like that. The singer down the street was rehearsing for a Yoko Ono tribute concert.”

Now it’s our turn to play detective. What facts about sound can we derive from the above literary masterpiece (there are usually truths to be found in great literature).

There are four basic characteristics of sound, and here they are:

1. Volume: the relative loudness or softness of the sound.

2. Duration:the length of the sound.

3. Pitch: the relative highness or lowness of the sound.

4. Timbre (pronounced TAM-burr): the quality of the sound, sometimes referred to as “tone color.” Technically it is the spectrum of frequencies any sound generates that distinguishes itself uniquely.

It is also the way you can tell the difference between a guitar and a trumpet.

Or a trombone and your mother-in-law.

All these sounds have unique characteristics that make them distinct and recognizable.

What does all this new information have to do with you as a drummer?

Plenty. As mentioned at the beginning of this article, as your powers of perception develop as a musician, you will be able to interact with other musicians at a much deeper level.

It bears repeating: your ears are as important as your hands. If you can hear and understand the effects of sound at a deeper level, that understanding will carry over into your own drumming.