Another great day in San Diego, and this Sunday afternoon I’m doing a fun gig at a park by the bay. One drummer (me), two percussionists, a steel drum player, and a saxophonist/flutist. Island music for a big picnic.

After the first set, Ron, the steel pan player/leader tells me, “It’s great having you and Roger (the other percussionist) on the gig. You both play relaxed and solid. There’s no competition.”

Of course, I just bask in compliments like this. I just started playing with Roger a few weeks ago. He had gone to Sweden years ago, even played with ABBA (he’s no slouch). Now he’s back, we’re gigging, and it’s nice and easy. Sometimes we switch: he takes over the set, and I go over to his percussion setup. It’s all fun. 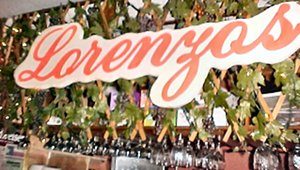 Sometimes I think, am I just too old to be competitive, or has years of experience made me more comfortable with myself? I think a little bit of both.

I hope you have read the article “The Night My Career Changed” because I want to take you back to that Italian restaurant, Lorenzo’s, I played while in my early 20s. It was there that I also learned another valuable lesson. (If you haven’t read it you’re welcome to check it out now with the link above, but you can also feel free to keep reading–the following story is not dependent on it.)

It was a Saturday night, and the place was jumping: lots of dancing, the room was full of smoke (this was the ’70s), and drinking and carousing.

We’re in the middle of a set when through the entrance walks Marco, a local drummer with a great reputation. All he has to do is show up and I get nervous. I think when you are young and new to the business, you tend to see everything as a challenge to your territory.

I tell my students that on their first gig, they will feel like everyone is checking them out, when actually, that is not the case. In a club scene, people are checking each other out. The band is down the list of things to check out, and the drummer in the band is down even further on the list.

Well, Marco sits down, I’m up there with the band, and I start playing like a drum school dropout. I started doing fancy beats to whatever song we were playing, and doing bizarre fills in all kinds of inappropriate places. The rest of the band looks at me like I’m the little girl in The Exorcist. It was almost like I couldn’t help it.

After that set, my mind cleared, and I went outside to the parking lot to have a talk with myself. Honest self-analysis is one of the best things you can do to yourself, and when I was a young drummer, my way of doing that was this self-talk. I literally interviewed myself. And it went like this:

Q. James, are you insane?
A. Perhaps

Q. When Marco walked in the club, what did you do?
A. I started playing extremely inappropriately and nonmusically, rushing tempos, and trying out beats and fills that were totally out of context.

Q. Why did you do that?
A. To be honest, I wanted to impress Marco. I wanted him to think I was a real player.

Q. Were you thinking that maybe you weren’t a real player?
A. Maybe.

Q. Now think about this, James. Before Marco showed up, what were you doing?
A. Playing.

Q. Were you playing in a musical way?
A. I suppose so.

Now came the toughest questions of all:

If it ain’t broke, don’t fix it. Being conscious of your own thoughts and behaviors is a good life skill to practice in general, but it also should be an important element in your drumming career

In another article, I’ve explained a bit how you can analyze your own strengths and weaknesses, and then take specific steps to become a better musician. Check it out by clicking the link in the previous sentence. Or you can cruise to that article and others by using the navigation below.