My Account
0 Items
My Account 0 Items
Get 3 FREE charts and a 20% off coupon code when you join our newsletter!

Solving Musical Problems During Practice: How To Capitalize on Mistakes

I think one of the things that keeps me going after many years of teaching drums is that I really enjoy mistakes. There are two things I often tell my students: (1) “If you were perfect, you could just mail me the money,” and (2) “If you’re going to make a mistake, make it a good one.” 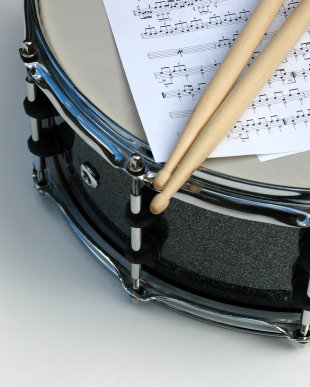 By a “good” mistake, I mean an honest one, made with sincere effort. Such a mistake, if analyzed, can guide us to better musicianship and precise performance. These types of mistakes should not be confused with mistakes that come from timidity and uncertainty. These latter mistakes are weaker in nature than the honest ones I have been describing, and do not allow us as much chance of overcoming. So again, if you’re going to make a mistake, make it a good one. Jump into it!

Most musical errors can be categorized into two groups: mechanical (coordinational), or mental (perceptual). Often, they are a blend of the two. Here are some strategies you can take to turn those mistakes into musical moments:

This is the all-time problem solver and the first thing I look for when things are not happening. How do you count that pattern/measure/passage? Drum teachers have been telling students for years, “If you can count it, you can play it.” A proven prescription.

This also is a proven time-tested method. Playing a piece of music at a slower tempo allows you to process your understanding of the music in a relaxed frame of mind, and to incorporate the necessary coordinational motions in a fluid manner. Not surprisingly, many of my younger students say something like “I can’t play it that slow.” We all have a tempo “comfort zone” that we are happy in, but we have to push those boundaries on both sides.

There are many interactive relationships going on when we play the drums. Think of one of those casino slot machines where there is a payout when you get three cherries in a row. If you are playing three lines at a time, there are at least 8 different ways to win (three horizontally, three vertically, and two diagonally). One thing we do as drummers is “stack” rhythms on top of each other, so there will always be a vertical and horizontal component to what we do. Try separating your pattern by different limbs and combinations of limbs. When you do this, often the weakness in the pattern you are playing becomes evident, and you can focus on that. Take the weak part of the music you are playing and make a repetitive exercise out of it, until it is no longer weak, then place it back in the music.

I’ve seen this work many times, and its intriguing that it does. Take the problem measure or pattern and rewrite it on another paper in large notes. By writing it out proportionally, you get a sense of where notes belong in relationship to other notes. A sense of sequence is developed.

One interesting statement I heard a college music professor say years ago was that music existed before theory. People were playing music, then it was analyzed. When jazz was being born in New Orleans at the turn of the 20th century, there were no jazz books or schools, of course. When younger musicians wanted to play this new music, they went to the performances, saw what the musicians were doing and how they were doing it, then went home and duplicated it. The combination of sound and visual input remains an important learning tool today.

The mind is a funny thing, and sometimes we can get into a rut of making the same mistake over and over. The trick here is to hit the “delete” button in our heads by walking away from the problem. You can literally walk away by taking a break, or you can “walk away” by moving on to something else. Come back to the problem in a few minutes and you’ll have a fresher outlook on it, and your chances of success are much higher. This technique has worked countless times for myself and my students. I’m not sure why this works as well as it does, but I suspect the answer lies in the same situation where you wake up in the morning with the solution to a problem that has been bothering you. That, no doubt, is where the phrase “sleep on it” originates.

Well there you have it. If you are a conscientious musician seriously trying to improve yourself, try incorporating these techniques and watch your efficiency rise greatly in your practice and performance!